When you book with an account, you will be able to track your payment status, track the confirmation and you can also rate the tour after you finished the tour.
Sign Up

Or Continue As Guest

When you book with an account, you will be able to track your payment status, track the confirmation and you can also rate the tour after you finished the tour.
Sign Up
1998 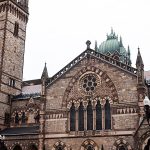 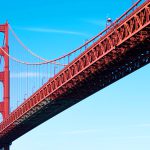 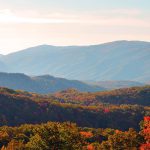 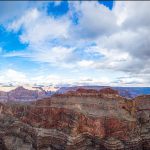 Admission cost may change without notice. Other service fee may required and collected by tour operator.

Travelers are NOT allowed to use any CITY PASS or self-purchased admission tickets to join the sightseeing attractions during the tour.

Tour will depart from New York to New Jersey Princeton University with a guided campus tour. Then head for Philadelphia where known as the birthplace of American democracy. Philadelphia to see the historical Independence National Historical Park,The Philadelphia Congress Hall, Independence Hall and Liberty Bell, then we will go to One Liberty Observation Deck, discovering all Panoramic spots right from Philadelphia skyline. After that, we will take our genuine open-top London-style Philadelphia Double Decker Sightseeing Bus to see the whole view at Philadelphia. Transfer to hotel.

Optional Washington D.C. Night Tour is available with riding coach past major landmarks, visiting Air Force Memorial, and enjoy a great view of The Pentagon and the city from the top. Then visit the Capitol Reflecting Pool for the majestic night look of the Capitol and admire the glow of the Thomas Jefferson Memorial in the Tidal Basin. Take a last stop at the magnificent World War II Memorial while gazing at the floodlit Lincoln Memorial.

The bus tour will first depart hotel straight back to D.C and first stop will be Lincoln Memorial, Korean War Memorial, Vietnam Veterans Memorial. Following next will be the White House (Outside Visit).After that its going to be a walking In-Depth tour of the US Capitol (Inside Visit) at Congress Hill, accompanied by a professional US CONGRESS Tour Guide, who is going to show us inside the Capitol, as well as the Rotunda and the Crypt, the principal residence and workplace of the U.S. President. Madame Tussaud’s President Gallery will be following next after Capitol. Take optional D.C Sightseeing Cruise runs along Washington D.C. Potomac River to see the city’s Panoramic view. Visitors to this famous locale can opt to see many of the area’s most historic landmarks and memorials in a unique waterway.

Return to New York at the end of tour.